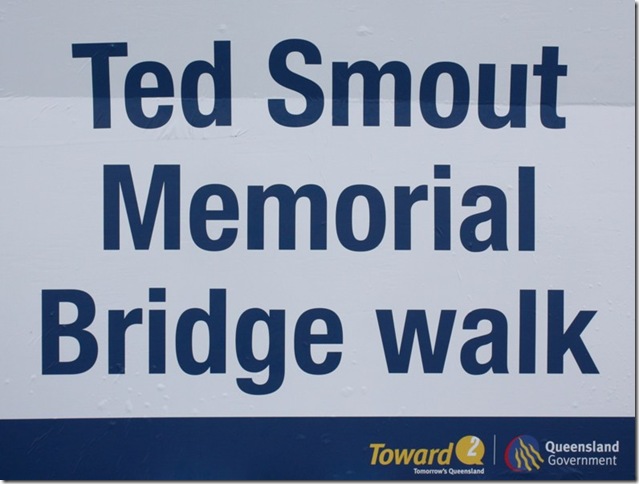 This bridge provides a short link between the Redcliffe peninsula and Brisbane.  The opening of the bridge was an all-day festival, with entertainment on both sides, and the bridge open for the public to walk across. 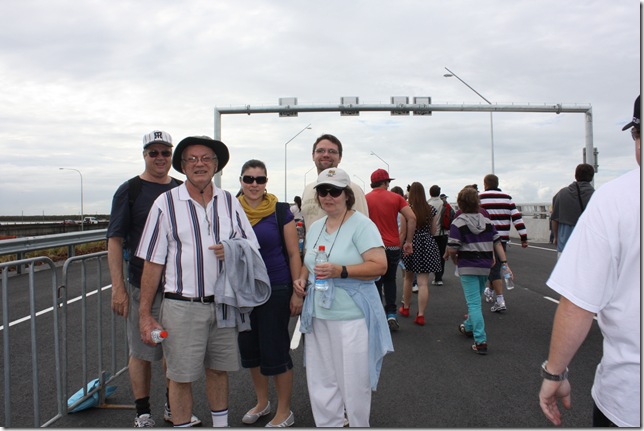 Bob, Ralph, Paul, Julia, Pat and I joined the tens of thousands of people who walked across, although Paul claimed that he and Julia were the only ones of his age group there. 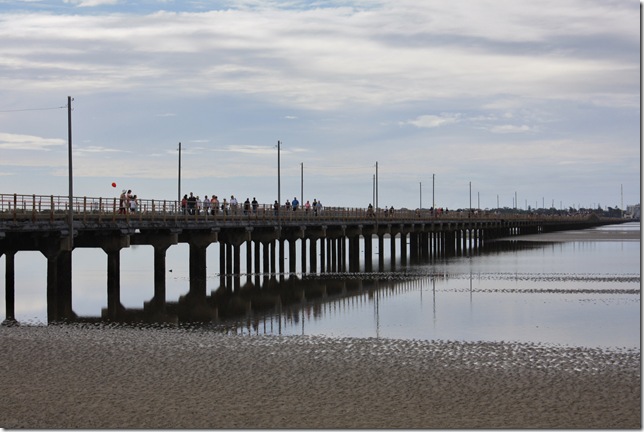 The original Hornibrook Highway was built in 1935, and closed to traffic in 1979, when the second bridge was built.  Since then, it has been very popular for walking cycling and fishing.  For safety reasons, it is proposed that it will be demolished next year, with a reconstructed bridge 100 metres long on the northern side, leading to a fishing platform.  As you can see, many people preferred to walk across this bridge rather than the new one.  The tide is very low, as it is the season of the winter king tides. 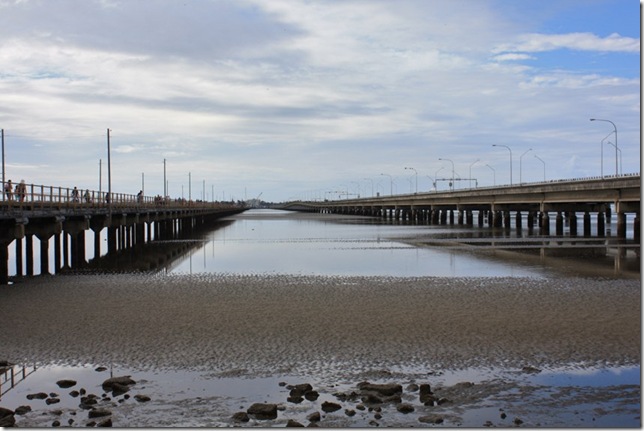 The second bridge, the Houghton Highway on the right (with the hump in the middle to allow boats under it at high tide), was completed in 1979.  You can just make out some pelicans sitting on the light poles. 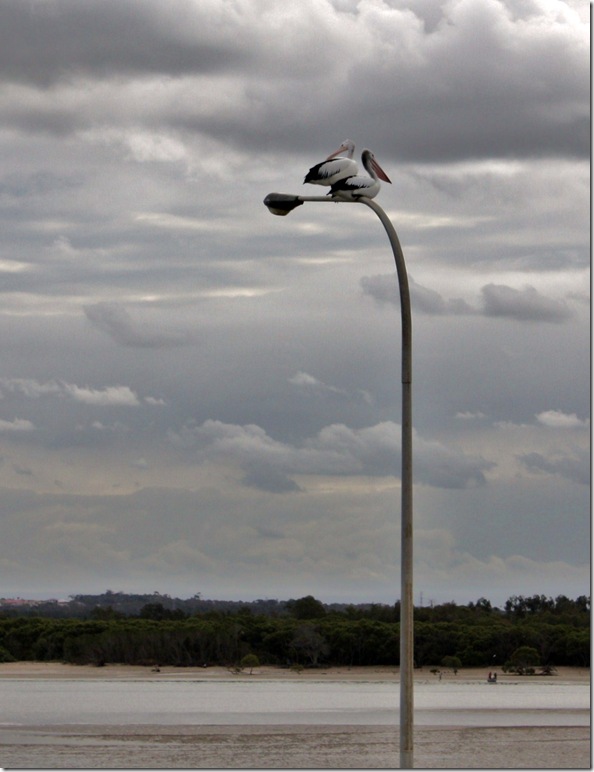 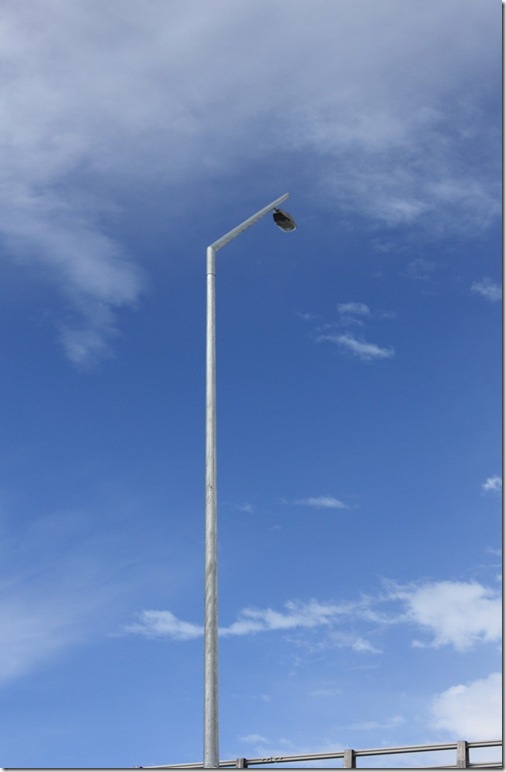 Light poles on the new Ted Smout bridge are angled so pelicans can’t sit on them, but there is a platform which sits out over the water.  This way, the pelicans, a signature of Redcliffe, can still be seen, but not experienced too closely. 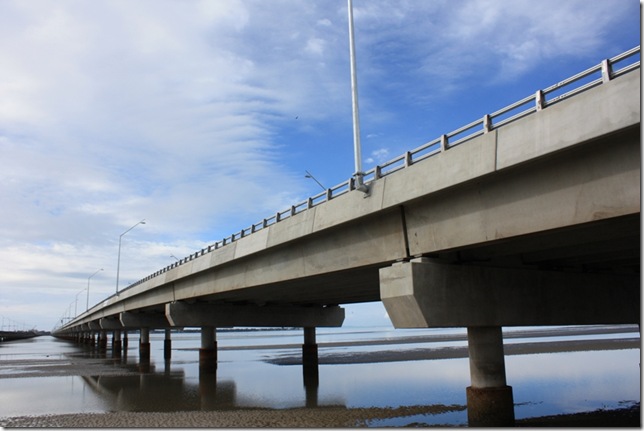 The new bridge is named after Queensland’s last surviving World War 1 veteran, former Sandgate resident Ted Smout, who died in 2004, aged 106.  At 2.7 kms in length, it is Australia’s longest bridge. 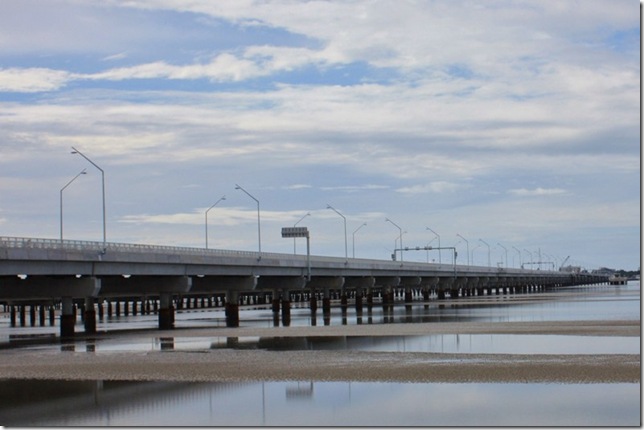 The bridge has an extensive fishing platform on the seaward side which comes complete with seating, a shelter, drink fountains, fishing facilities and lighting. 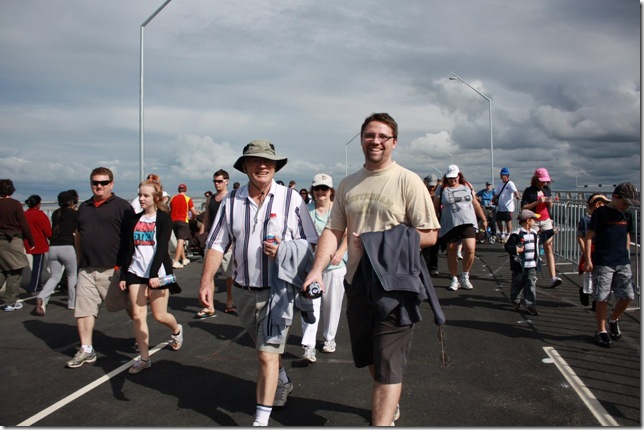 Pat, Bob and Paul arrive on the other side.