As part of our “girls’ weekend” in Melbourne, Judy and I headed out to the Yarra Valley, via the Dandenongs, about 35km east of Melbourne. 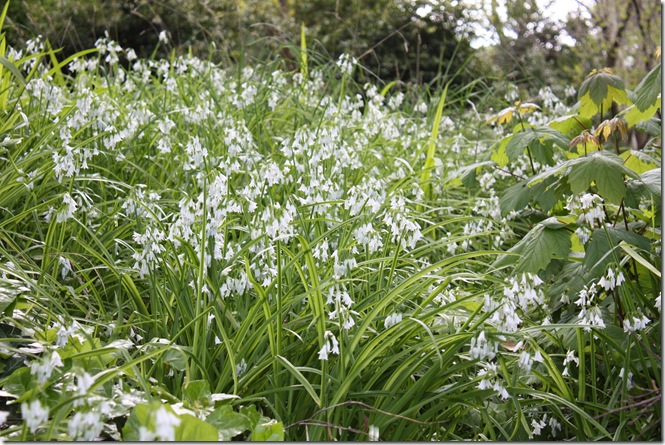 We drove up into the hills along a road lined with overflowing banks of delicate white flowers, passing energetic cyclists, some fitter than others. 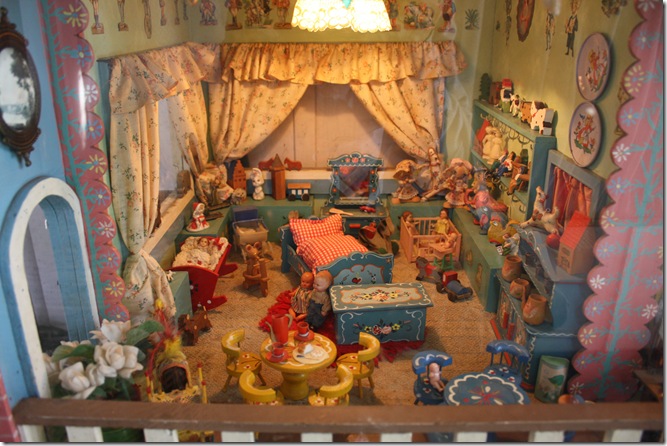 Sassafras is a pretty, touristy town on the range, where Judy did lots of shopping, and I took lots of pictures.

One of the shops displayed the dolls’ house, c 1910, of Dame Zara Bates, wife of the Australian Prime Minister Harold Holt, who disappeared in 1967 while swimming off the beach near Portsea, east of Melbourne. 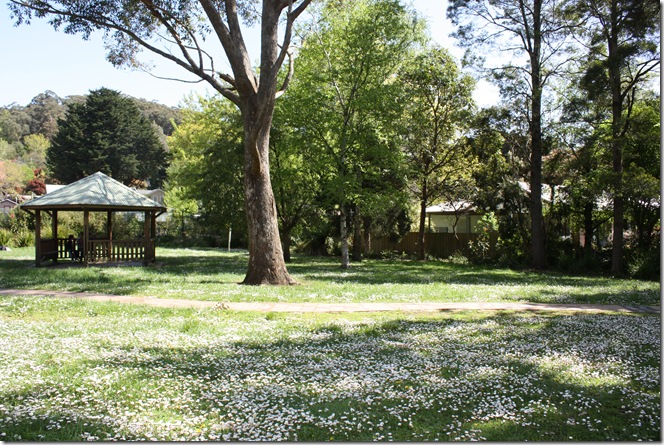 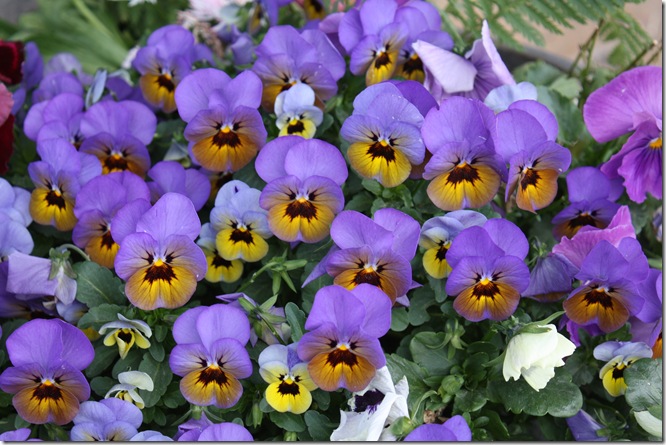 Pansies did well in Sassafras. 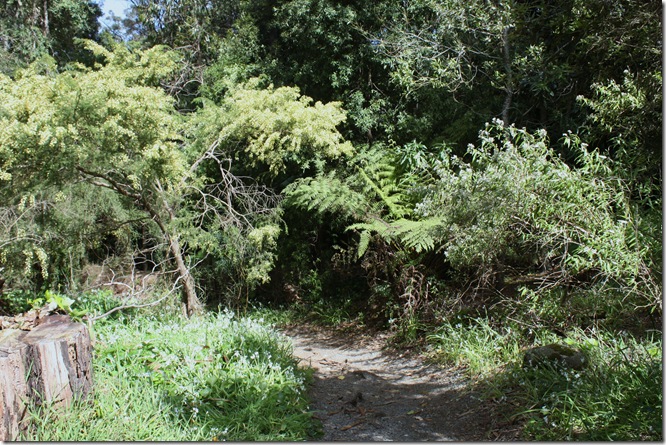 The Dandenong Ranges have been popular with day trippers from Melbourne from the 1870s onwards. 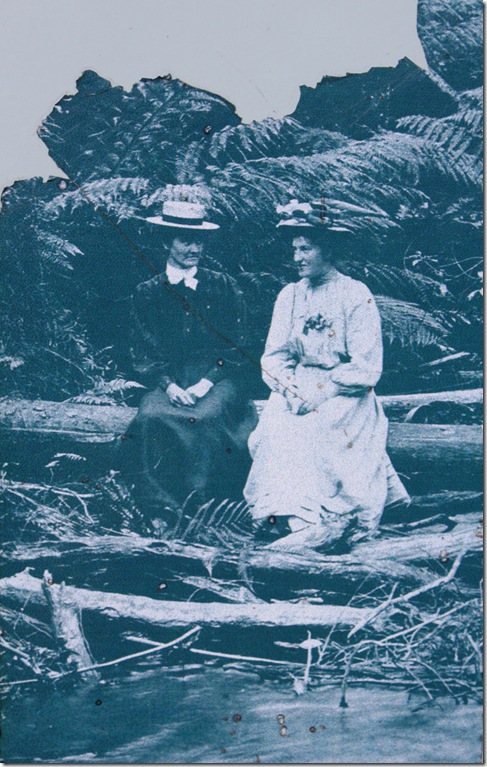 The caption under this picture from a Lands Department tourist brochure of 1917 reads:

“along its course enormous trees spring from groves of Sassafras, hazel and fern; while a crystal stream flowing down the glen o’erhung with ferns and native shrub conveys the sensation of delicious coolness even on the hottest day…” 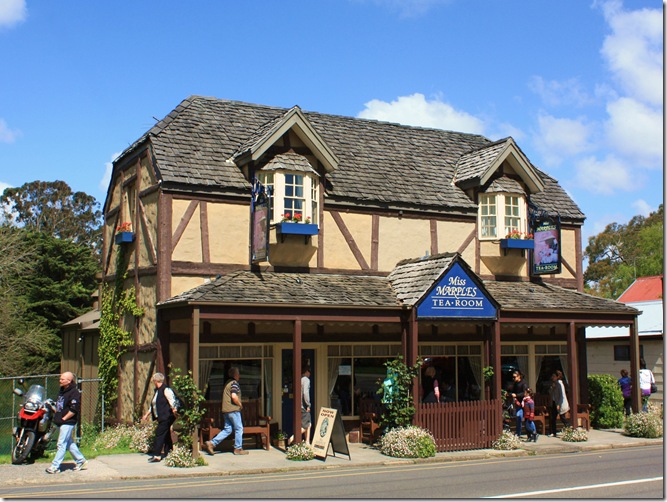 Miss Marples’ Tea Room, Maree told us, is the kind of place where you take your mother.  Miss Marples’ owner must hold considerable sway with the local council, as the establishment was the only shop in the upmarket parking-at-a-premium village with a “no parking” zone in front of it, which is good for the patrons at the tables on the footpath, and also allows the building to be photographed more easily. 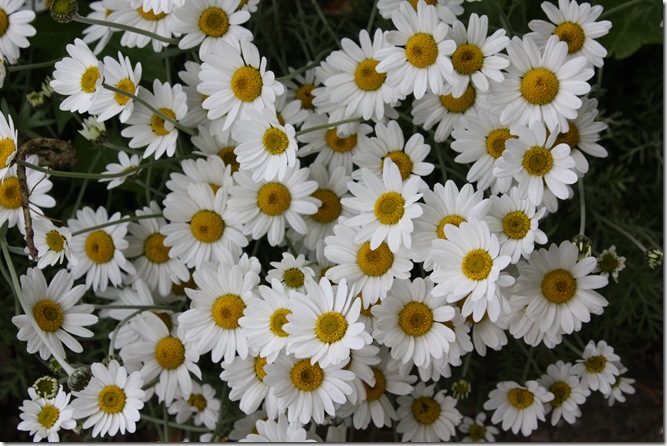 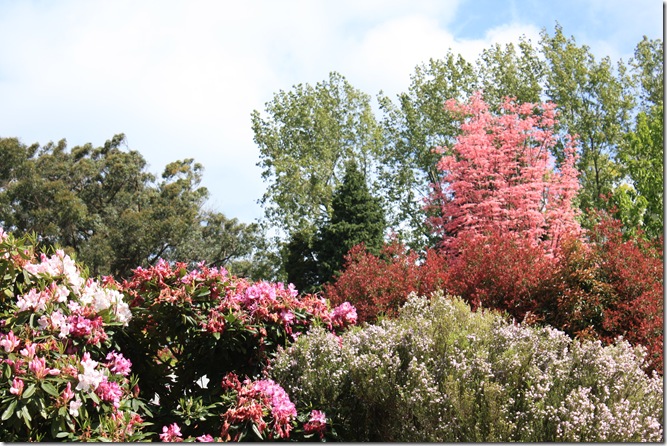 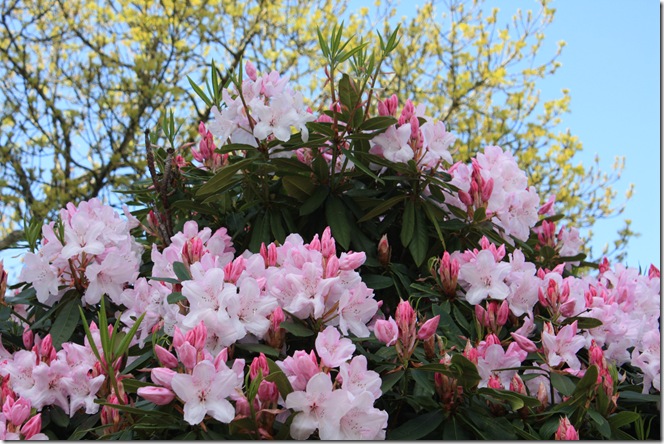 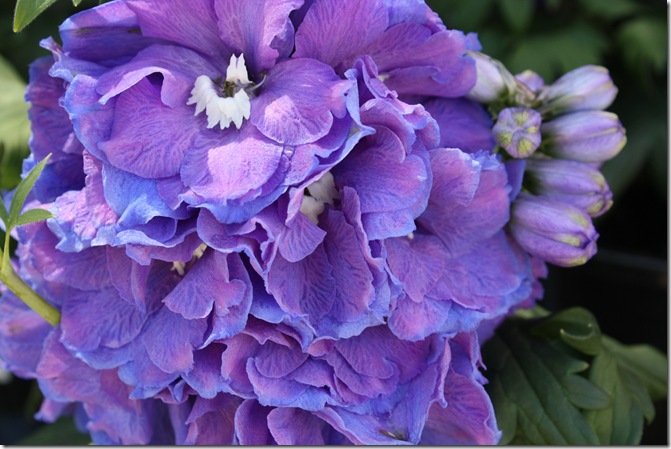 I grew up loving this A.A.Milne poem, The Dormouse and the Doctor which begins this way:

Living in North Queensland, I knew about geraniums (red) but always – like the dormouse, when his geraniums and delphiniums were replaced, at the doctor’s orders, by chrysanthemums (yellow and white) - had to imagine delphiniums (blue).  Until now.