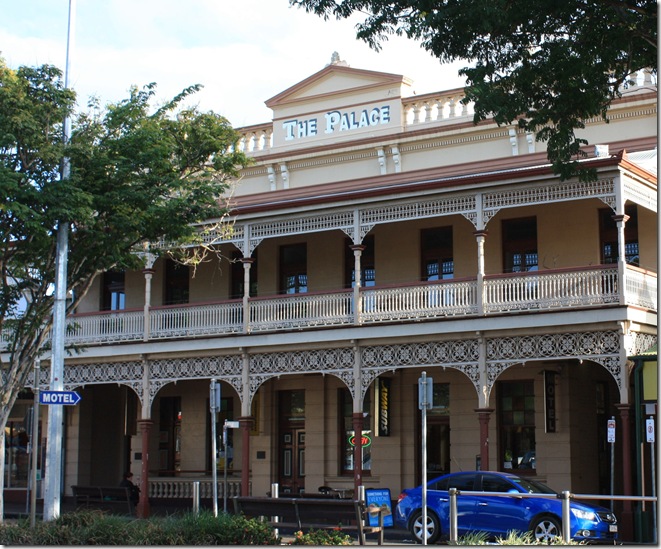 The Childers Palace Backpackers Hostel fire on 23 June 2000 killed 15 backpackers: nine women and six men. The hostel in the town of Childers, Queensland, was popular amongst backpackers who undertook seasonal fruit picking work in the area.

After the fire, Bill Trevor, the Isis Shire Mayor, travelled to England and the Netherlands to consult the bereaved families about the memorial proposals. He negotiated to rebuild the Palace in its original early-1900s style.

The building became an art gallery incorporating a memorial to the 15 backpackers, a 7.7-metre-long glass wall which incorporates pictures from photos of each of the backpackers, designed by Queensland artist Sam Di Mauro.  To date, more than one million people have visited the Palace Memorial Building.  (Picture from www.abc.net.au/rural/content/2010).

“Taking a Break in the Field” an oil painting on linen.

Artist: Josonia Palaitis; Photographer:  Mary Lewis, mother of Michael Lewis, one of the backpackers (from Wikipedia.)

Sydney artist Josonia Palaitis was selected to paint portraits of those killed.  The artist's greatest challenge was to suitably portray the youngsters from the photos of them provided by their families: she managed to arrange them while maintaining the precise poses of those photos. The background was researched by her to be typical of the Isis area fields where they had worked picking crops. 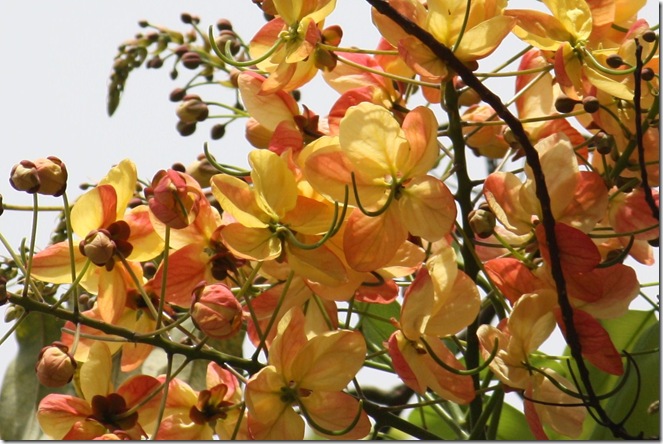 Behind the building is situated the Palace Motel, which still offers accommodation to backpackers.  When we visited, this unusual Cassia Rainbow Shower tree (Cassia fistula x javanica) was flowering in the courtyard.