25th October, 2012.
The Glass House Mountains are a group of eleven hills that rise abruptly from the coastal plain on the Sunshine Coast, Queensland, just north of Brisbane.
The mountains were named by Captain James Cook on 17 May 1770. The peaks, which are clearly visible from the sea, reminded him of the glass furnaces in his home county of Yorkshire.  Matthew Flinders explored the area and climbed Mount Beerburrum after sailing along Pumicestone Passage in 1799. 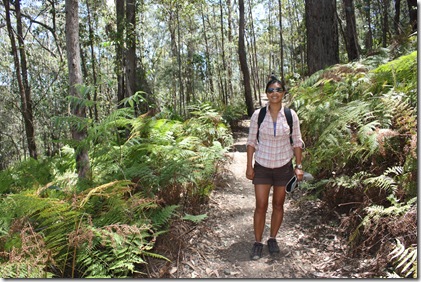 Hoi and I set out to climb Mt Ngun Ngun.  At 253 metres, it is the sixth tallest of the Glasshouse Mountains, well behind Mt Beerwah, the tallest, at 556 metres. 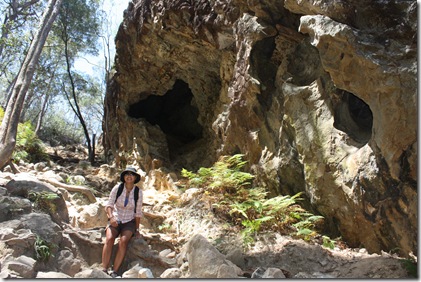 The range was formed as molten lava cooled to form hard rock in the cores of volcanoes between 26-27 million years ago.  Scattered throughout the mountains are shallow caves which have been formed by wind erosion on rocks that were softened by groundwater. 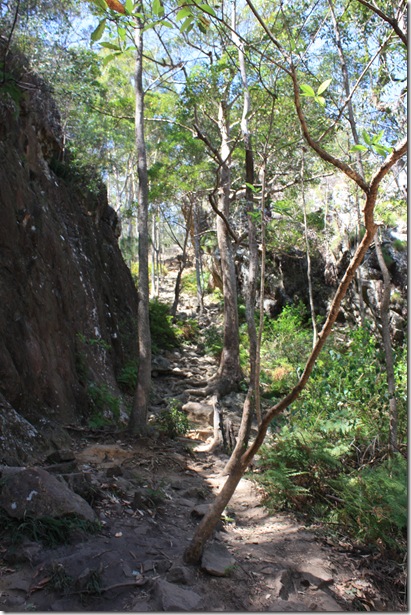 Pat and I had climbed Mt Ngun Ngun many years ago, when the children were little.  However, I hadn’t remembered this rocky section as being so steep.  Maybe I was more agile then. 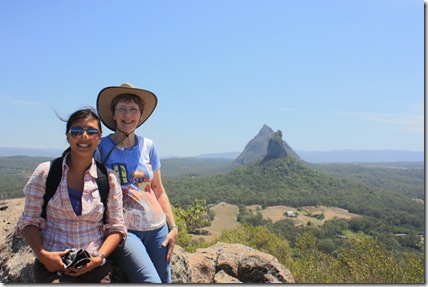 Finally, after much huffing and puffing on my part, we made it to the top.  Behind us can be seen Mt Coonowrin (Crookneck), 377 metres, and behind that, Mt Beerwah, 556 metres. 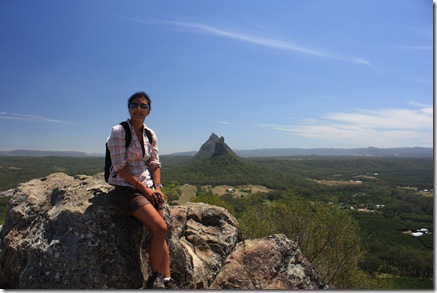 Hoi at the top. 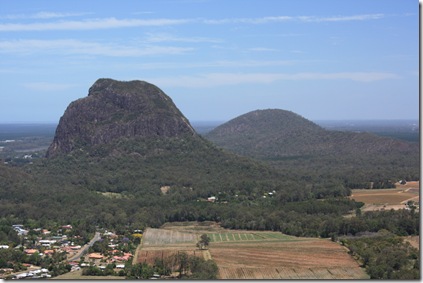 Mt Tibrogargan, from the summit of Mt Ngun Ngun. 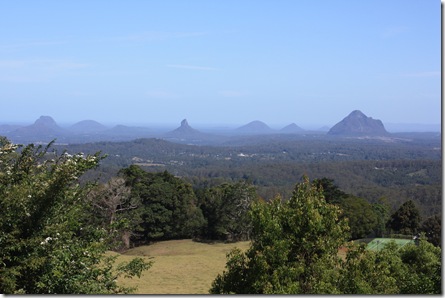 In the Aboriginal legend, the mountains are members of a family with the father being Mt Tibrogargan and the mother Mt Beerwah.  All of the other mountains are sons and daughters with the eldest being Mt Coonowrin.
Tibrogargan, the father, observes that the sea is rising and asks that Coonowrin the eldest son help their pregnant mother to safety. Terrified, Coonowrin instead flees. Infuriated by his son’s cowardice, Tibrogargan pursues him and strikes him so hard that he dislocates Coonowrin's neck.
Once the danger passes Coonowrin feels tremendous guilt for his actions and asks his father, brothers and sisters for forgiveness but all wept with shame. This is said to explain the many small streams that flow through the area. Tibrogargan turned his back on Coonowrin and gazes out to sea refusing to look at his son Coonowrin who continues to hang his head in shame and weeps.
Mt Beerwah (above, right) is pregnant to this day, as it takes a long time to give birth to a mountain!