The little market town of Mandawa was settled and fortified in 18th century by the dominant merchant families of the region. The wealthy businessmen of the village constructed many havelis (mansions) with colored painting adorning their walls. With the later migration away from the area of these merchant families, their old settlements remained in total obscurity with no one to look after them. Despite the time lapse and earlier ignorance about these visual and architectural extravaganzas, today they are some of the major attractions for visitors to Rajasthan.
Here are some of the extravagantly decorated houses we were shown: 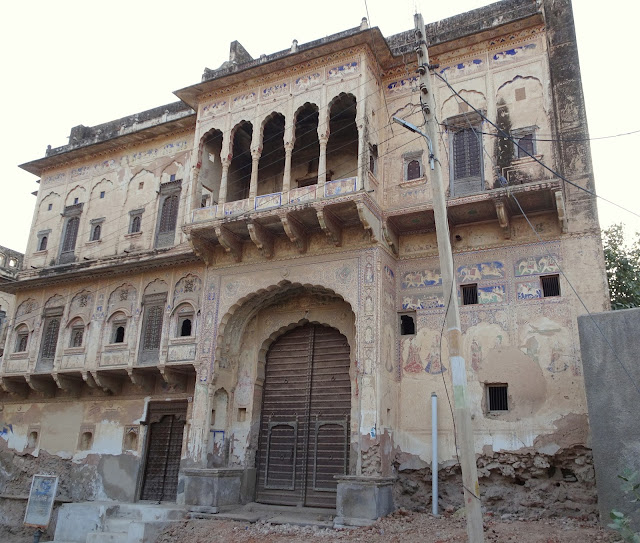 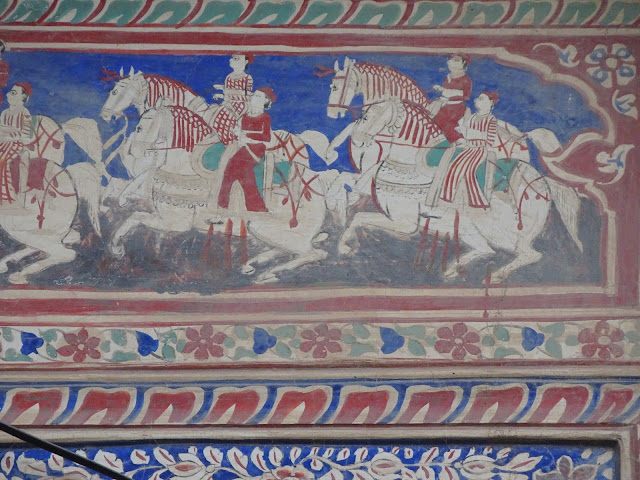 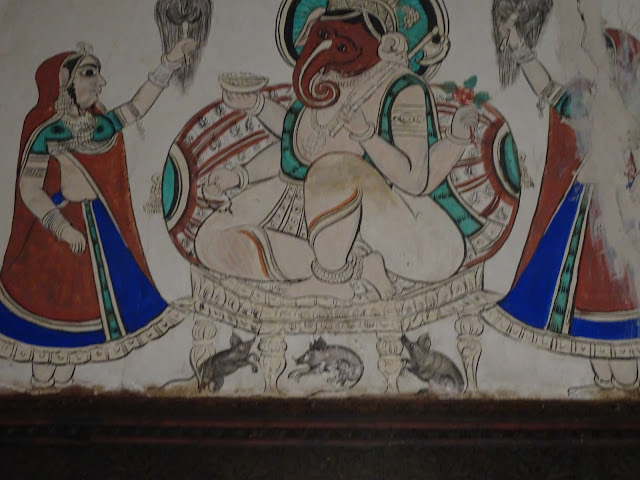 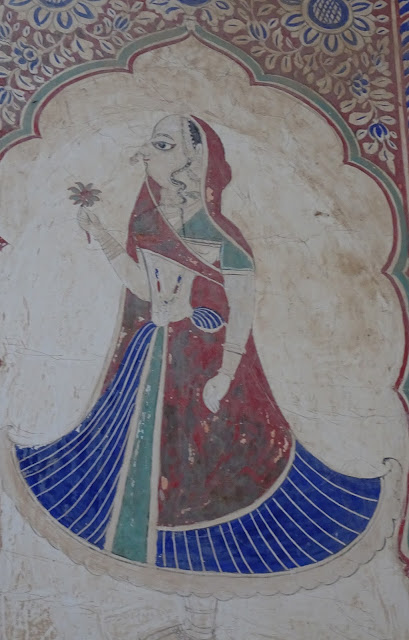 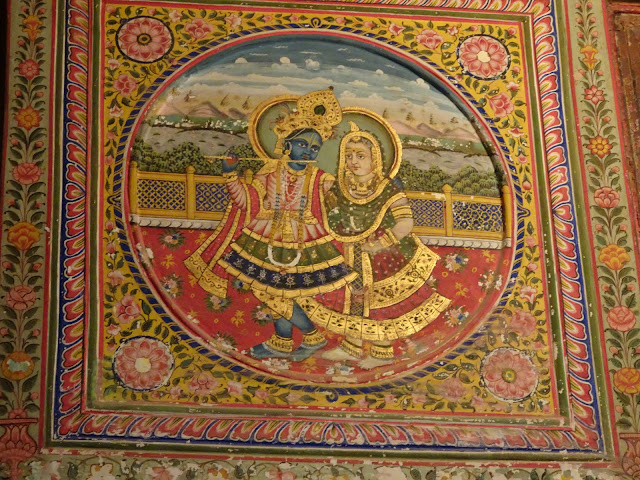 Lady being serenaded by a blue man playing a flute. 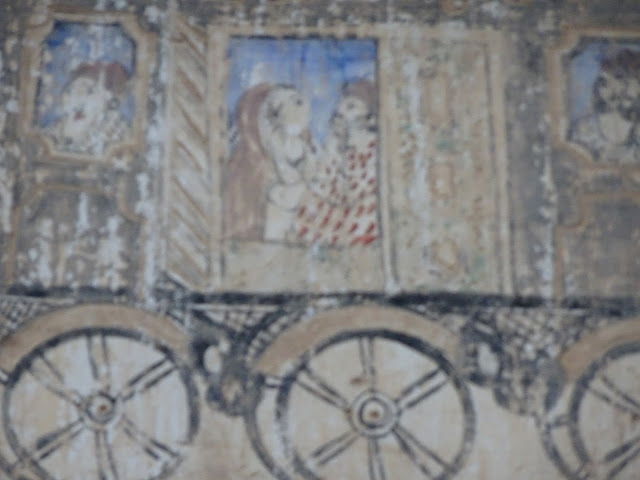 There is supposed to be a European lady being chauffeured in a car.  Not sure if this is it. 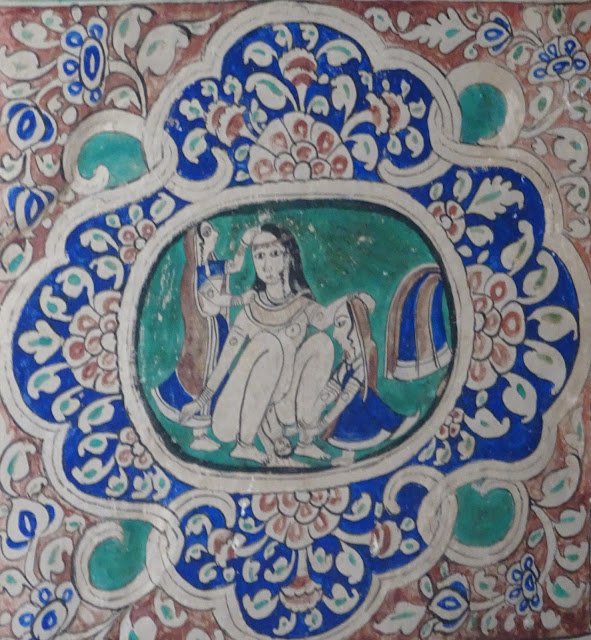 Even a lady calmly having a baby.﻿ 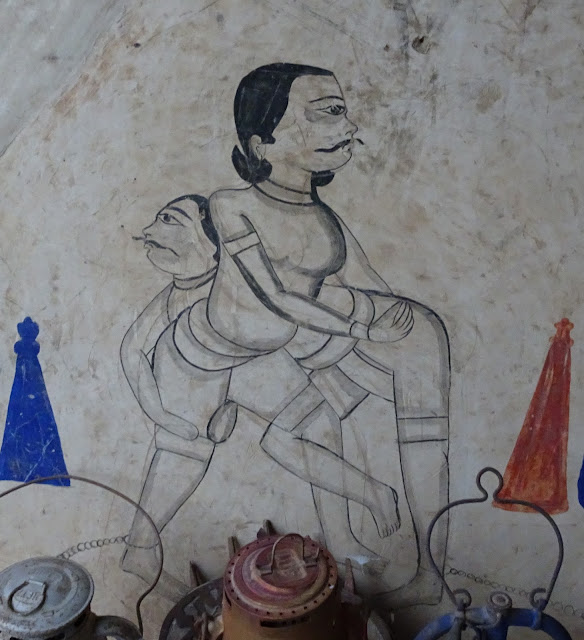